About the Brownstone Revival Coalition and New York’s Historic Communities

The Brownstone Revival Coalition, a 501 (c)(3) non-profit corporation, was founded to promote, through occupancy and ownership, the preservation of New York’s magnificent heritage of 19th Century neighborhoods with their extraordinary housing: most typically, brownstone row houses. No city in the United States possesses residential architecture of an extent and quality to match New York’s. But BRC’s area of concern also includes neighboring communities throughout the City and in New Jersey and other New York Metropolitan areas with Brownstone-Age housing worth preserving. 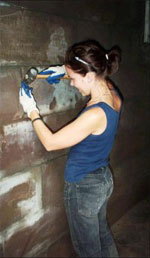 In 1968, when the BRC was founded (as the Brownstone Revival Committee), we began a major series of battles with banks, which had “red-lined” – refused to give mortgages in – many old communities. To most bankers of the time, “old” meant bad. “City” meant bad. “Victorian” meant laughable. These attitudes, shared also by many do-good urban renewalists – both in New York City, with an active demolition program, and in Washington, with the Johnson administration’s destructive Model Cities program – doomed thousands of brownstones. The houses they destroyed, most of them built in the 19th Century, were of a quality we no longer produce for families of middle-class means.

In the 1950s and ’60s, and well into the ’70s, many young families, at a child-rearing, home-buying stage in their lives, were unable to get mortgages on brownstones and other vintage houses in New York City, and were exported to the suburbs, where mortgages were available and cheap. Linked with active preservationalists in Brooklyn’s brownstone communities, BRC began in that community to play a major role in changing the attitudes of bankers toward the old houses.

Today, in much of Manhattan’s Upper West Side and East Side, and certainly in Brownstone Brooklyn, the New York row house, with its 14-inch-thick walls, high ceilings, fireplaces, and wood paneling has become a hallmark of gracious living.

Our program of activities includes:

To learn more about the non-profit organization, Brownstone Revival Coalition, go to www.BrownstoneRevival.org or contact Dexter Guerrieri here at Vandenberg Real Estate at (212) 769-2900.